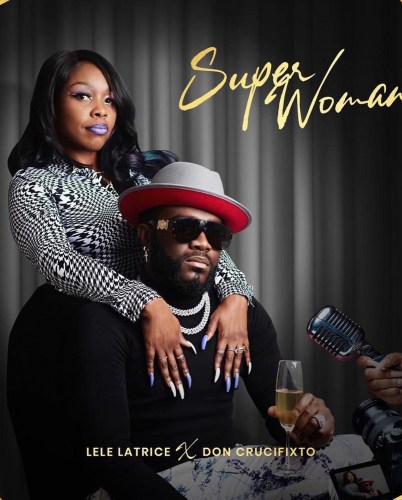 We live in a time where women all over the world deserve to be celebrated in creative ways and it has continued with an audio track that handed them a huge bouquet of accolades for being that special human. The release of “Super Woman” by Lele Latrice and Don Crucifixto has become not just one of those anthems to celebrate women but the one that has taken over the airplay as a constant reminder, thus giving even the sons of women the platform to share their superwoman story.

The track struck quite a spot with its listeners by rippling into a countless number of videos of people on the internet telling impactful stories of being a woman or raised by one and this couldn’t have gone unrewarded. Super Woman by @lele_latrice_ , a mother, singer, dancer, choreographer and @iam_doncrucifixto , an entertainment honcho and humanitarian must be said as a vision that is fast seeing fruition.

What’s to succeed this purposeful duet is a befitting visual that depicts the ultimate Super Woman story. This is where the quirky touch of renowned cinematographer, TG Omori comes in. Together with the veteran filmmaker, Robert O. Peters, they have further told a distinctive story to eulogize our women.

Flipping an entirely new page in the Super Woman story, the visual as shot in the heart of Miami beckons us into a luxurious outlook. Following this, we can sit back to watch out for the turns of stories to be told from this new perspective. Lele and Don get their flowers for an excellent job done for conceiving the ‘Super Woman‘ track, putting it out and topping it with a video.