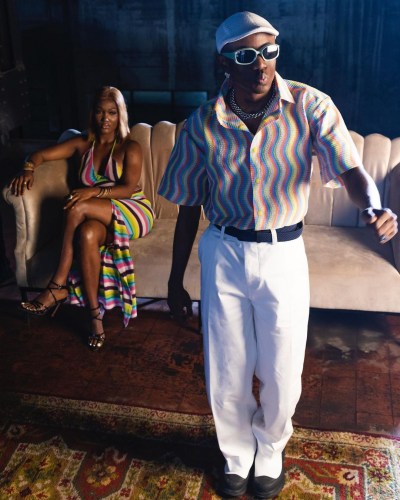 Victony Comes Through With Apollo Official Video, Shot and Chopped by TG Omori.

“Apollo” is a track off Victony’s Outlaw EP. The hit song Produced by P.Priime served as the project’s lead single.

Being an outlaw is a philosophy Victony has lived by since he dropped his first hip-hop mixtape, 2017’s The Outlaw King, and one that he’s used as the foundation of his career ever since. Inspired by his idols Kendrick Lamar and Drake, he stretched into R&B, trap and Afropop, while lockdown granted him a sense of freedom that allowed him to incorporate more singing into the mix, with 2020’s Saturn EP delivering earworms like “Jó Riddim” and “Space & Time”.

The reasoning behind his unrestricted approach became even clearer for him in April 2021, after a severe auto accident claimed the life of his friend Doyin, and left Victony and three others severely injured. In the months that followed, he used his music to process, and explored deeper, more profound themes with singles like “Pray” and “Holy Father”, the hit collab with Mayorkun.