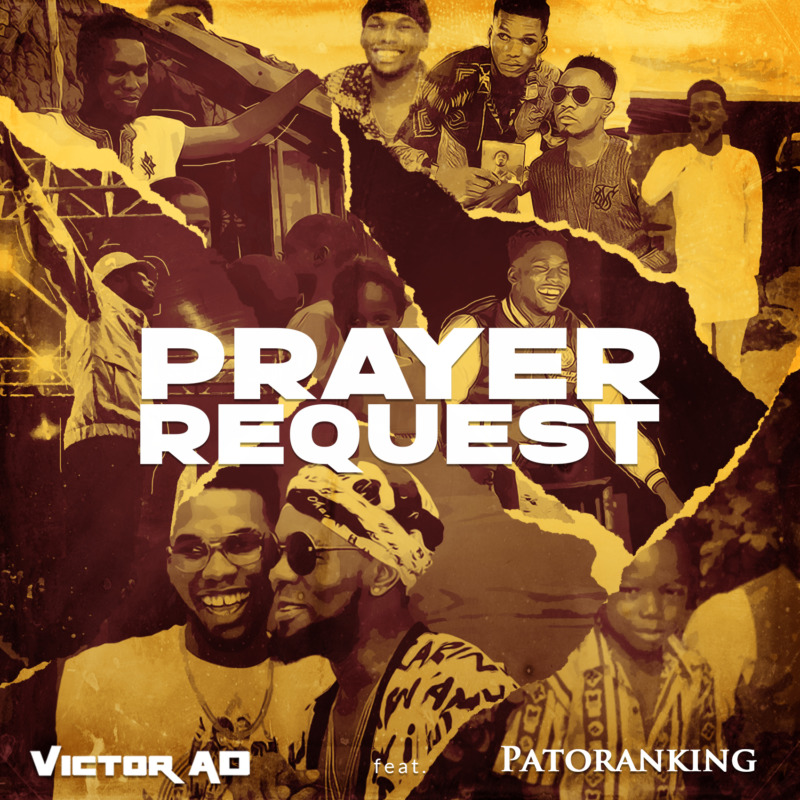 Finally Victor AD serves us with his 2020 debut single – “Prayer Request” which features Patoranking. On this new activation he request to be the Best and first among his peers… Listen and Enjoy!

According to Victor AD, the song was created to offer hope and strength to people who are going through financial and emotional difficulties.

With Quotable Lyrics;
I pray to God make he secure the connect
Make problem no pass me wallet
My heart desire i for like to Hammer
So when dem bring the Bill i no go hide
Cos i go get back to you na Wash
I don forget my Token again na Wash
Dey go i go do am for na Wash… This song would turn your favourite and stay on repeat in no time.

The amazing song was produced by Osho Beats and was given visual direction by Unlimited LA. Enjoy!

GET THE LYRICS TO THE SONG HERE

The rising act first showed interest in music at a very tender age of six, influenced by the likes of Bob Marley, Sunny Ade, Michael Jackson and Lucky Dube, then he began composing his songs.

Before his professional sojourn as a musician in 2014 with the single titled ‘Jowo’, he led a music band in Delta State Nigeria and he was crowned the ‘best singer’ during his diploma days at federal polytechnic, Auchi. In 2017, Victor AD released the single “No Idea”. The music video for the song, which was shot and directed by Cinema House Images in late 2018, was endorsed by TV stations in Nigeria. In 17 June 2018, Victor AD released the single “Wetin We Gain“, and was discovered by the management company Longitude Promotions in 2018. The “Wetin You Gain” single was given visual direction by Director Dindu with over 9 Million views on YouTube. After he full breakthrough he Got signed to SJW Entertainment and released ‘Tire You‘, ‘Too Much Money‘ and his ‘Red Eye EP‘