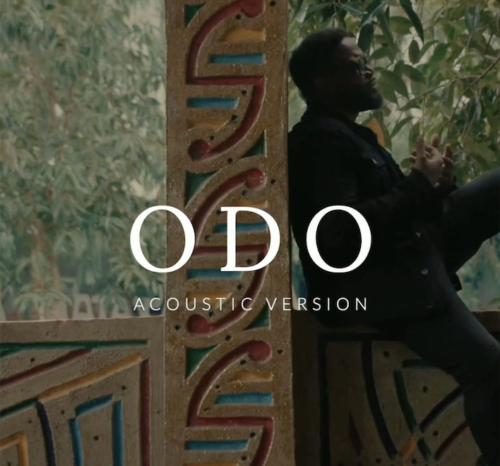 Johnny Drille and Styl-Plus Links Up for the visuals and Acoustic Version of their joint song – “ODO”.

“It was a dream come true for me to have a song with a group that inspired me so much growing up a young boy that wanted to do music but didn’t know how.

My father bought a Styl-Plus CD to the house and my siblings and I would played it all day, over and over again. You’d understand why making music with them still feels surreal to me. Styl-Plus inspired me to dare to be different and stand out in a very saturated industry.

I present to you, Odo (Acoustic Version) off my album ‘Before We Fall Asleep’,” – JD

Directed by my brother, Timmy Davies.

Before We Fall Asleep is an absorbing excursion into Johnny Drille’s richly textured cosmos. Traversing multiple sonic worlds, the Afro-R&B “Ludo” gels with the Afropop of “Ova”, while the pensive acoustics of “BEFORE I LET GO” precede the collision of hip-hop undertones on “Lost In The Rhythm” and the ambient pop of “CLOCKS”.

Listen to the original version of ODO below