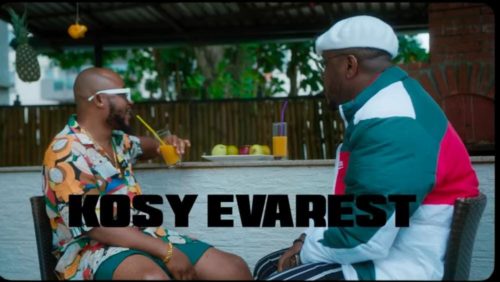 Beer Parlour Music maker Kosy Evarest is back with the Video for “Palava“. This Afro-highlife Video is filled with amazing dance scenes, bright colours, and a great ambience. Shot in Lagos, Nigeria and directed by multiple award-winning director Adasa Cookey of Squareball productions. The Video, which is already gaining a lot of attention online, is a must Watch. Enjoy and share.

GET ‘”PALAVA” AUDIO Below

Born in Port Harcourt, Nigeria, he hails from Ikeduru local government area, from the Avuvu community in Imo State, Nigeria. He attended Government Secondary School Owerri and further schooled briefly in the Institute of Management & Technology, IMT, Enugu. One of the country’s foremost higher learning institutes was his preliminary National Diploma course (OND) in Public Administration. He completed his Higher National Diploma (HND) in the Federal Polytechnic Nekede Owerri and served his fatherland for the NYSC programme in Ibadan Oyo State.

Kosy Evarest, who is currently an independent artist, released two singles in 2016. Both singles gained reasonable airplay in the East of Nigeria, with So hot getting a video by ace video director Mex. He took a short hiatus from releasing singles to improve and his craft. According to him, I needed development as an artist. The time off offered me the opportunity to study the business of music and develop and create my kind of music, which I coined Beer Parlour music.