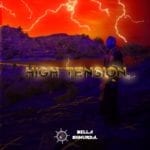 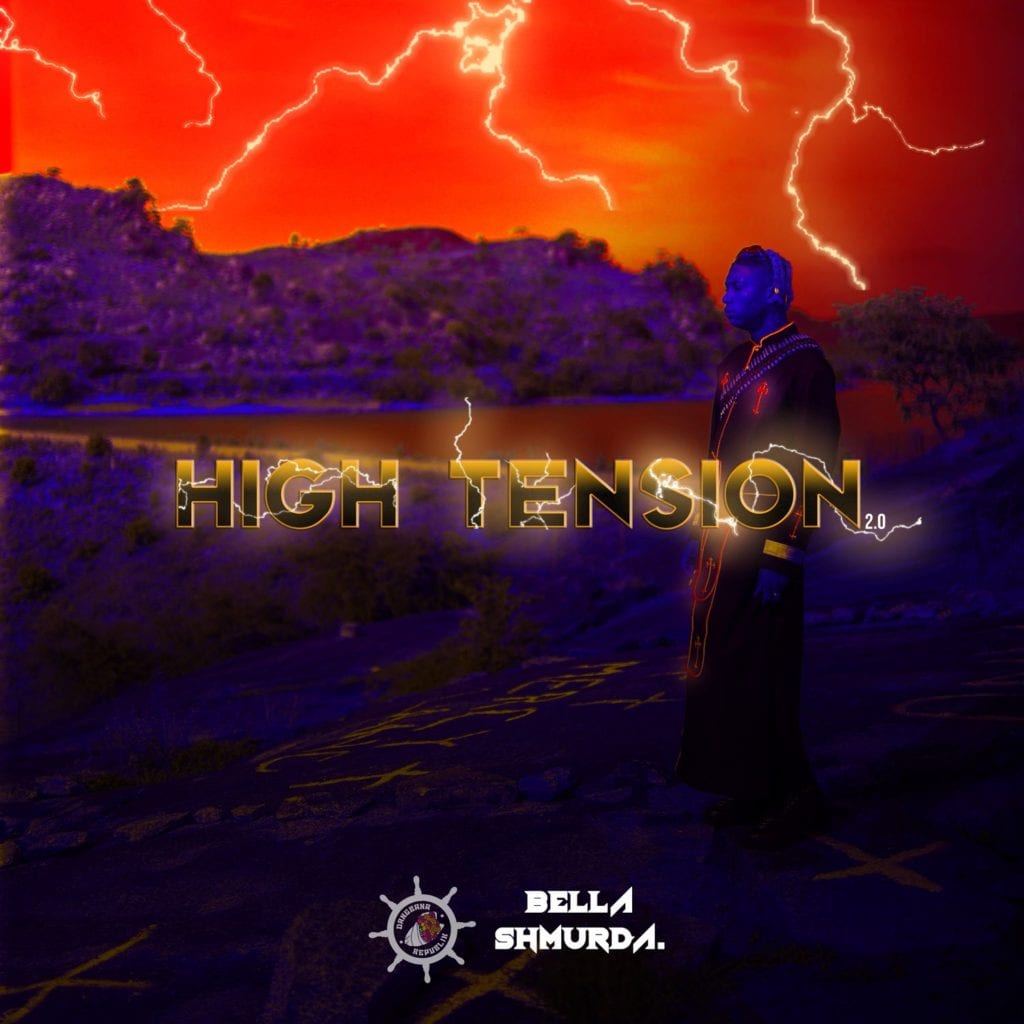 The Review – Bella Shmurda ‘s High Tension 2.0 Is A Coming Of Age Story That’s As Inspiring As It’s Beautiful To Watch.

Bella Shmurda wrote his final university exams barely weeks ago, amidst pomp and jubilations within his camp. His sophomore project will best be described as the Perfect Graduation Gift to a hardworking mum.

This E.P sees the young songster push himself into an experimental world, determined to deliver a classic and rightly so.

With this project, he makes an extended reach for the frontlines of the New Guards of Afrobeat Music.

His claim to the throne is an extended playlist that renders a new brand of ghetto gospel. One that seeks to change the narrative about young singers who enjoy the most traction from their roots, deep in the trenches or the core streets.

High Tension 2.0 reveals that Bella Shmurda is in a deep experimentation phase and might be on the verge of the discovery of new form of hit sound in Nigeria.

His EP is a perfect blend of the traditional Naija club banger style and the new calming monotone-sound that’s taking a hold of the Afrobeat scene. STREAM HERE 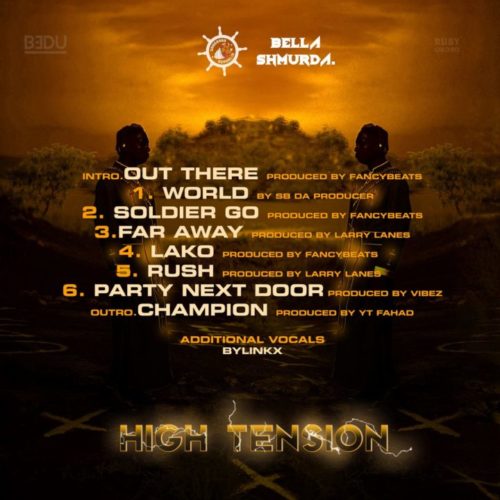 The intro to the project, OUT THERE is a richly themed ballad-style song that delivers an electric jolt to the body; a reminder of how crazy life is out there for a young man looking to improve his life and societal status.

Despite the risk of sounding deep, and alienating his core audience, Bella Shmurda delivers an inspiring intro that equally bridges the gap between his core audience and the global pedestal that he’s determined to stride.

In his delectable intro to the project, Bella draws a parallel between the Average Nigerian Male and a Soldier. Opining that life is a war that ought to be won at all costs.

In his songs, Bella Shmurda has always made his reverence for spirituality quite apparent and he’s not hiding it in his new project.

On Out There, he not only sympathizes with the average Nigerian youth, he offers solace and even more, a solution to life’s weary issues. It’s essentially a motivational book for the ‘working boy’, and is guaranteed to have a great sojourn on streaming platforms.

WORLD is another one we’ve heard before, but still sits pretty among the other gems hidden in the project.

“World” is Bella Shmurda’s weapon in his crusade against social injustice and ills in the Nigerian society.

His smart and philosophical takes on this issues and the realness of his lyrics gives you a whole new perspective about the Nigerian youths that have been tagged “jobless” by those who’re supposed to be accountable.

“…pastor using black power, rich man sleeping with his daughter…, if I ever lie to the world, I will never lie to myself…”

He is a realistic individual and he prides being real to himself over subjecting oneself to the court of public opinion.

SOLDIER GO is Bella Shmurda’s first attempt at a ‘love joint’ on the project and it’s quite clear that being a ghetto boy doesn’t in any way diminish the feeling and experience of being deeply in love with a beautiful lady.

He begins by rendering continuous chants of “I’m in love, I know I’m in love, and I know I can’t run from love.” repeatedly, and launches a conversation with his heart robe. He accepts publicly that he’s in love, and pleads with the object of his affection not to break him in the most subtle manner.

It’s also equally obvious that Bella has a thing for the military considering that Soldier Go is his second attempt at drawing a parallel between a soldier and an expression of a social feeling; in this case Love.

In this energetic love song, he sings about his undying love for his woman;

“Soldier go soldier come, if I go I will come back…”

it’s an attempt to reassure his lady that she’s got absolutely nothing to worry about. His own form of assurance, only in this case being a made young singer from the ghetto might not include the keys to a Porsche but doesn’t make the feeling any less beautiful.

FAR AWAY is another unique love piece that gives you an insight into what lovemaking is for the young man.

It’s clear that he’s quite comfortable with his conversations style of music making as it gives him unbridled access to tapping a wide variety emotions that enable him make music for both the moment and the message.

LAKO is most probably a product of his one-week stint with one of his music mentors, ‘Mr Baloo’ or Wizkid like we all know him, or expressions of an obsessed fan who clearly cannot get over the beat of Big Wiz’s 2019 summer jam ‘Joro’.

Like I earlier opined, Bella Shmurda is clearly not scared to experiment on this project, and LAKO is certainly proof that he’s watching the big dogs in the game, and clearly poised to go all the way.

The intro is in the usual Wizkid’s bold declaration style. He goes straight to the point with this particular girl, informing her of his prowess with cunninglingus.

Although, this is clearly Wizkid’s jam, Bella Shmurda takes this refined sound and gives it the rawness that Mr Balogun couldn’t deliver on the Joro song. He blesses the beat with the street credibility that it refused to garner when it was used by Wizkid, but in the hands of another powerhouse who’s still got the roots stuck on his sound, it’s a diamond in the rough.

Bella Shmurda on Lako is the perfect intersection between a traditional Nigerian club banger and the calming one-sound upgrade that Big Wiz has been campaigning for since he dropped Manya.

“…girl you geti fire body, Anybody wey go touch you no go fall…”

Although it’s still not clear if this is a definitive collaboration project, but I mean to have Big Wiz play seamless backup for a song on your EP is the pedestal and co-sign that any young frontlines should be on. And you can hear Wiz in the background providing angelic guidance to this young prodigy on the song.

As a single, RUSH was already one of the most rebellious statements from a Nigerian musician to his audience. But as a part of this extended playlist, its message is even stronger and the energy is nothing less than contagious. It adds immense props to the E.P’s already soaring replay value.

It blends in comfortably among a project that houses classic songs poised to stand the test of time.

While artistes have used songs to address social issues frequently, using it in an act of rebellion against your own audience is unprecedented and the success of it as daring as it is is a case study for Afrobeat and her peculiar audience.

The next single on the album is another certified club banger; PARTY NEXT DOOR. It’s a sure contender for jam of the summer because of its thematic offering. It’s a nudge in the party direction and from the title alone is certain to be a fan favourite for raves.

He also includes a nostalgic element in this single, enmeshing his chorus with a chant from an old NTA TV series that most baby bloomers and Gen-Z in Nigeria will definitely remember; Everyday People.

CHAMPION is the perfect outro, nothing more than one for the boys. It celebrates success among the youths and the life of luxury that comes with it. It’s certified to be on repeat wherever young men are gathered to celebrate life.

In this song he sings about how wide his tentacles have spread beyond the shores of Nigeria, with claims of his acceptance beyond the country and he adorns his Champion status like the true proud African man.

It’s a point of call for hustlers who look forward to living their best life forever and one of the happiest vibes on the EP.

Bella Shmurda is clearly a beautiful performer both in the studio and out of it, and his sophomore project HIGH TENSION 2.0 is proof that his talent is backed by relentless hard work and continuous experimentation.

In this project, he refuses to be boxed into any particular genre and the influence of quality research can be seen in the production, lyricism and delivery.

For Bella Shmurda, HT 2.0 is not just a step in the right direction, but a vehicle that propels him from a talented musician to a Legacy brand. It’s safe to say that there are no bad songs on this project and Bella Shmurda is built for much greater things in life both as a musician and as a leader of his generation.

HIGH TENSION 2.0 IS A SOLID PROJECT AND I GIVE IT AN 8.3/10 RATING based on Lyrics, Delivery, Production, & Commercial Value.