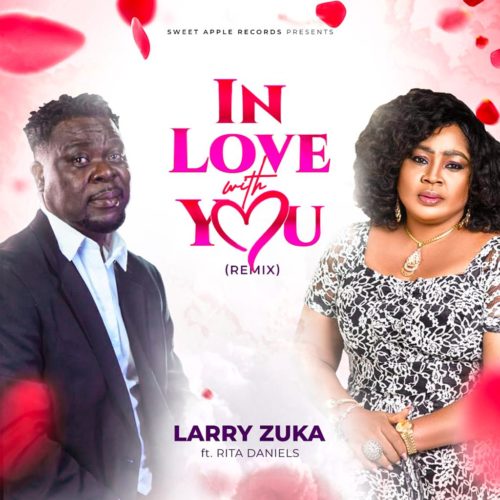 Larry Zuka is an Afro-centric singer whose style of music is described as Afro folk-rock. He recorded his first maxi self-titled single ‘Zuka’ in 1995 under Avanti Records owned by the legendary Sam Uquah his music mentor. In 2000 his first major hit Akoba was release by Awa Records in the UK and licensed to Wave music USA.

Zuka kept churning out great music such as Ring my bell, River Flow, Take this one love, and many more before he relocated to the US in 2014 in search of greener pastures. Over the years, Larry Zuka has worked with amazing producers like Sam Uquah, Iyke Onka, Rymzo, Swahzee, and Scratch who also doubles as his producer and international manager.

He has done collaborations with Fountain and his controversial latest effort with renowned actress Rita Daniels titled ” In Love With You” which is a masterpiece.

“In love with you” according to Zuka is simply a song about love. It expresses that you become helpless when you experience it no matter who or what you are. It surpasses age, race or other human barriers and admonishes that one should not stop the fall when love hits because the world will talk regardless.