TX Review; Crayon Painted A New Picture Of Himself On His Latest ‘TWELVE A.M’ EP 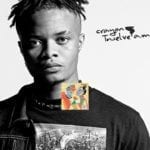 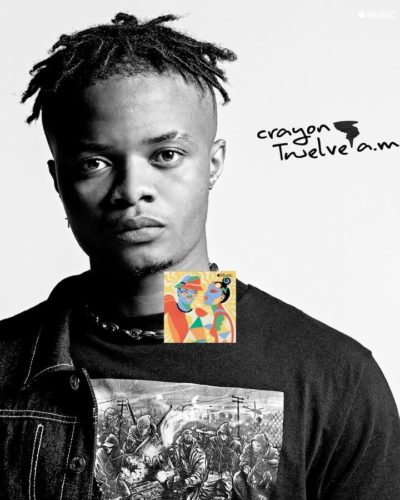 Mavin Record is still branding acts in 2021 and next on the list is Crayon, Twelve A.M EP The Review…

You might have seen him on TV as a young protege who was coming into his own, Crayon like his peers (Bella Shmurda, Rema and so on) has come through as a force to be reckoned with.

The young artiste has made a lot of changes and shown growth (compared to his debut single “So Fine”) in his new sophomore EP “TWELVE (12) A.M.”

The EP has 4 tracks and all 4 songs are not only appealing, the entire project has a very good reply value—- witty bars, sing-along verses and quality productions are the essence of this project. 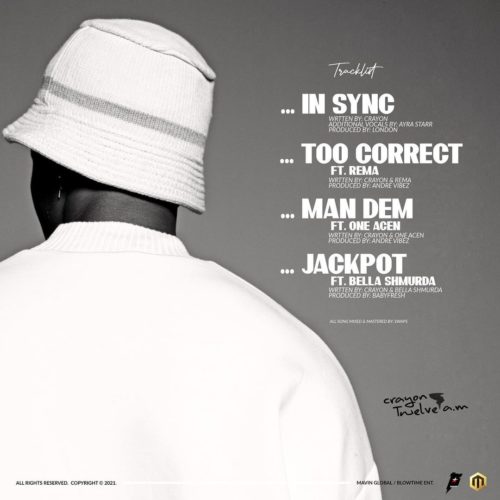 Check The EP Break Down

“In Sync” is the first song off the EP. It’s an Afro-Pop and R&B record and the only song with no feature on it. Crayon’s vocals are very mature and there’s focus on the Afro-Pop and R&B production compared to his previous songs. A good feel, good mellow track that will get fans attention just immediately the record comes up.

Next up is the Rema featured record titled “Too Correct”, An Afrobeat Dancehall record with High life elements in it. The chemistry between both artistes is impressive. One almost didn’t know when it was Rema or Crayon singing (that’s how connected they were). With lyrics like “Too Correct, Shock me like Elect Elect“, Mmmm I think fans will find this one more appealing.

“Man Dem” is an Afrobeat/UK Grime record that features Acen. The song sounds big with the prospect of getting radio airplay in the UK and around the world. Acen brought out the Grime out of the record but Crayon represented as well. This song is one that shows the versatility of his style and the growth of his music.

And the last song on the EP (Jackpot) features the rising Star “Bella Shmurda.” It’s a very good effort and a great song. It’s an Afrobeat Dancehall record that got moments that will get you nodding on the dance floor. Another song to look out for on the EP.

Crayon isn’t playing at all and this EP (TWELVE AM) is the proof that he’s improved. The EP is airplay-worthy, the replay value is great and the precise timing of the songs makes it easier to listen to over and over again.

The art cover for the project shows he’s indeed unveiling his new self of confidence and growth. The downside of this EP, however, is that he didn’t give fans the opportunity to connect with him having all except one as feature songs. He was outshone on some of the records which means he allowed the featured artistes to direct the energy and flow of the songs

Another thing, the EP has no concept, just a couple of songs that sound good together. ,

Other than these, TWELVE (12) A.M is a good EP everyone should be listening to right about now.