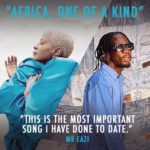 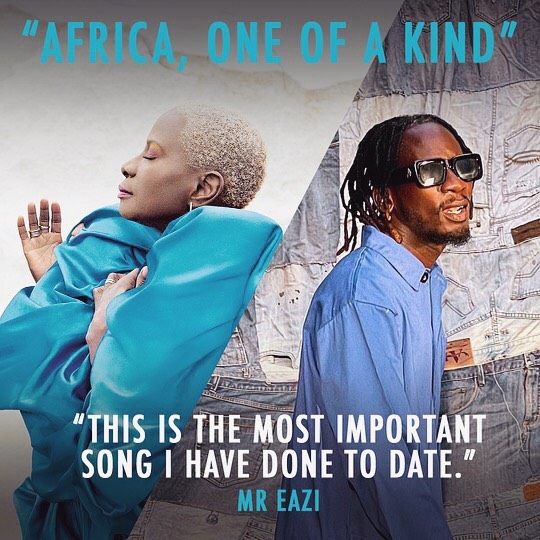 Watch Angelique Kidjo and Mr Eazi performing in Africa, One Of A Kind official Video.

MOTHER NATURE FINDS THE 4-TIME GRAMMY-WINNER SINGER JOINING FORCES WITH SOME OF THE MOST CAPTIVATING YOUNG CREATORS OF WEST AFRICAN MUSIC, AFROBEATS, AFRO-POP, HIP HOP AND R&B, AND REPRESENTS A NEWLY HEIGHTENED AWARENESS OF HER OWN MUSICAL LEGACY AND REMARKABLE INFLUENCE SHE’S HAD ON YOUNGER GENERATIONS.

On “Africa, One Of A Kind” Mr Eazi has composed for us such an amazing duet, an ode to our beloved African continent. It was filmed in Benin, some portion of the video were filmed on location in Contonu and Mali and also features @salifkeitaofficial as a special guest. It was directed by DRAHMAS OMOFRESH of Benin. The dance featured in the video is called GOGBAHOUN, which originates from ANGÉLIQUE’s home village of OUIDAH.

This new record is a follow up to her last single – ‘Dignity‘ which featured Yemi Alade. The “Dignity” music video is cinematic storytelling fitting for the message behind the Vtek produced song; and shows a bleak view of migrants working at a port who face being unfairly laid off. The spirited video reveals that dance and song are the organic liberating forces. Furthermore, it calls for the dignified treatment of Black people. Alade brings a dynamic twist to the song with her passionate energy driven by first-hand perspective as an activist who was directly involved in the #EndSARS movement. (STREAM/WATCH HERE)

Enjoy “Africa, One Of A Kind” official visuals below