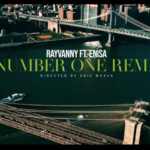 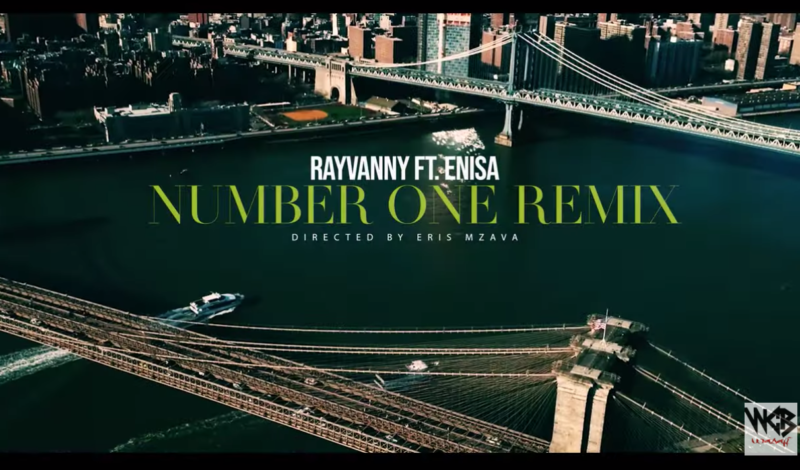 Number One Remix Video featuring Enisa is a quick follow up to ‘Kiuno Video‘ released 2 weeks ago by Rayvanny. It’s a pop and dancehall love song to also compliment this Season of Love…. Enjoy!!!

Raymond Shaban Mwakyusa (born 22 August 1993), better known by his stage name Rayvanny is a Tanzanian singer, songwriter, and dancer from the WCB WASAFI Recording label which is under Diamond Platnumz.. Rayvanny emerged in the spotlight with his debut song “Kwetu”, which introduced him to the world. Later on, he grabbed attention with his hit song featuring Diamond Platnumz titled “Tetema” which grabbed different charts Worldwide.

Enisa Nikaj (born March 5, 1996) popularly known as Enisa is a Brooklyn-based pop singer, model and songwriter who became known for performing cover songs to artists such as Adele and Hozier, her cover of Hozier’s song “Take Me To Church” became her first ever to hit 100,000 views on YouTube. She released her debut single “Burn This Bridge” in 2016 and in 2020, she got massive acceptance from Nigerians when she released her single “Dumb Boy” which earned her a massive followers on Twitter. Amidst the buzz of her acceptance, she adopted the Nigerian-given name, Eniola.

This song “Number One Remix” is off Vanny boy’s new album – “Sound From Africa”, It was Produced by Lizerclassic & Zest from Tanzania, And Written By Rayvanny and Enisa.

For this release Enisa shared; “I hope you guys love the song & video! I had so much fun making this song with Rayvanny. Who heard me singing in Swahili haha (It was my first time & I love the language) A big shoutout to Tanzanians for all the support, I love you guys & I appreciate it“

The Video was shot in New York and Tanzania, As Directed by Eris Mzava, Watch and Enjoy below