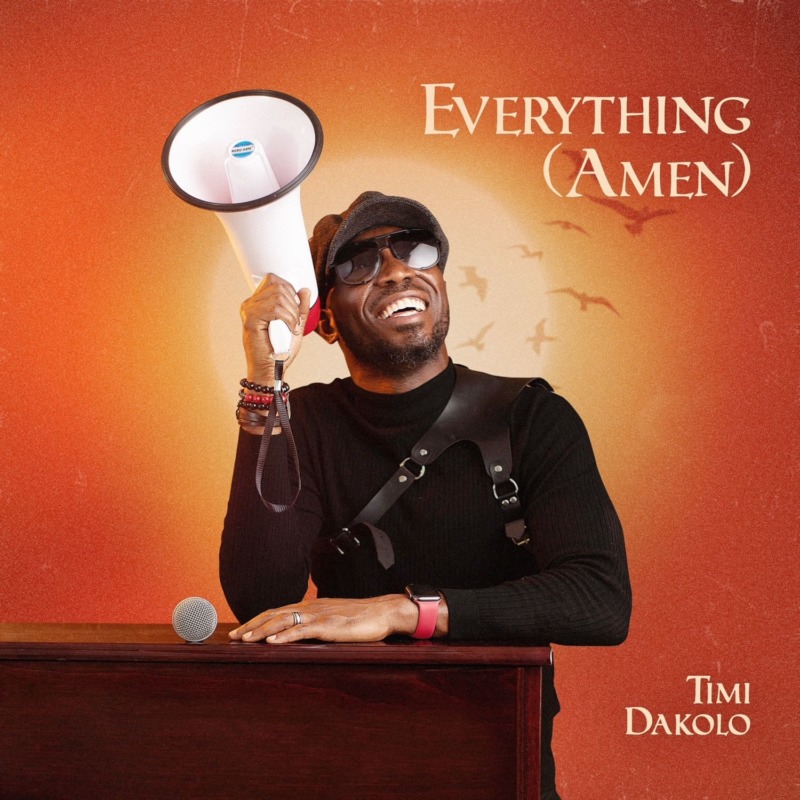 Almost a year off the music scene, Timi Dakolo returns with the release of this new motivational/prayerful single titled “Everything” (Amen), produced by Cohbams Asuquo.

Timi Dakolo (born; January 20, 1981) is a Nigerian singer born in Accra, Ghana to a Nigerian father, Bayelsa-native David and a Ghanaian mother, Norah, who died when he was thirteen years old. Despite being born in Ghana, Timi has a Nigerian passport and does not claim dual citizenship. He was raised in Port Harcourt by his grandmother Ateni Dakolo and his aunt Susan Larry, and he credits his aunt as his early singing teacher. Timi and Susan Larry relationship was so deep that he declined an offer to move to Lagos with his parents, opting to stay back in Port-harcourt.

Timi started singing in church at the age of twelve. In 2003, he joined the singing group Purple Love as a founding member. They dominated the Port Harcourt club circuit, but disbanded in 2005 as all its members had gained admission into the University of Port Harcourt. Around that same period, Timi won a local talent hunt contest G.E FACTO, which was held in Port Harcourt.

In 2006, Dakolo auditioned for the Idols West Africa music show in Calabar. Timi Dakolo’s songs of choice were Commissioned’s More Than I and Lemar’s Time to Grow. His vocals impressed the judges, and he was seen as a contender for the prize.

He emerged winner of the inaugural season of Idols West Africa in 2007. With his victory, he got a recording contract with Sony BMG, in addition to other prizes. He has been called The Voice and is dubbed Nigeria’s King of Soul.

Today Feb. 29, 2021, The singer is here with a thoughtful masterpiece, A blessed song titled “Everything” (Amen).