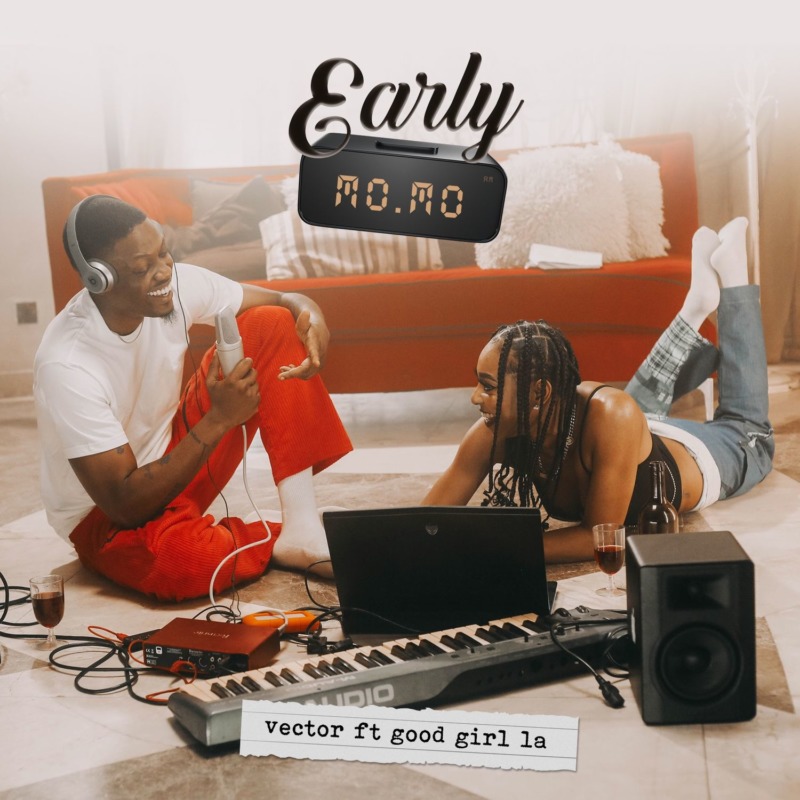 Vector and GoodGirl LA teams up to drop this record “Early Momo” for the Love Season. It is a song that talks about Self Love, Produced Mr Klebb.

Olanrewaju Ogunmefun was born 07/08/1989 in Lagos, Nigeria, better known by his stage name Vector tha Viper, is a Nigerian Hip hop artist. Vector has released three studio albums, State of Surprise (SOS 2010), The Second Coming (2012) & “Lafiaji” December, 2016 having a major act D’banj on the record I Pray on the album.He was the voice behind the Sprite commercial that has aired on most radio stations across Nigeria in 2009.

In June 2011 He released a video for the song “Get Down” featuring 2baba which was the third official single off his debut album “State of Surprise”, which was the big break into mainstream. Following his break into mainstream he released the track “Born Leader”featuring Mavado of DJ Khaled We the Best Music Group. “Born Leader” is Vector’s third single off his second album titled The Second Coming. He shot the video in Miami, Florida and it was directed by Antwan Smith. He is also the creative director / class master for Hennessy VS Class Nigeria.

Today February 14, 2021, To Kick start the new year V.E.C drops new song ‘Early Momo’. This to also feed our soul with something meaningful before the release of his highly anticipated T.E.S.L.I.M album.

The hybrid African Mind… ‘If a wealthy person brings their precious hard earned money to exchange for something you have been told is worthless, is it really worthless?

You may also let this Valentine’s be an attempt to honestly Love yourself. As for mistakes, whatever current one is not the first abi?’

“Amidst All The Chaos In The World, Love Wins”… Listen to the record below

STREAM On All Digital Platform