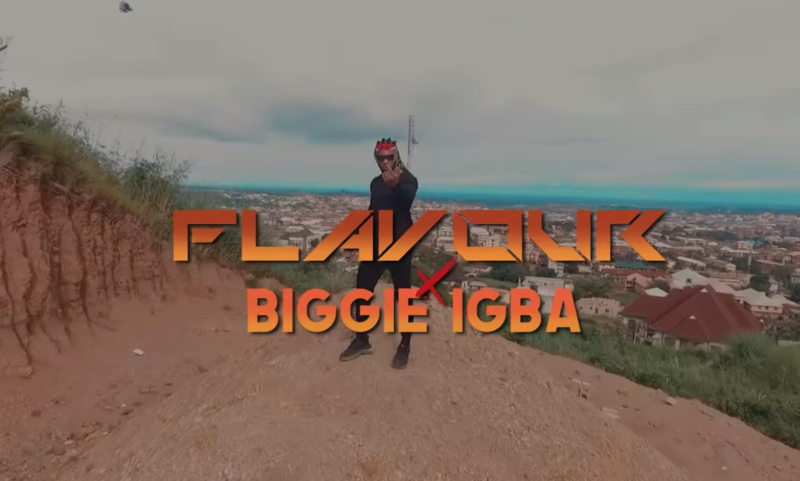 Multi-talented singer and waist dancer, Flavour on December 4, 2020, released a new body of work, album titled “Flavour Of Africa“. The album is a 15 track music project which features; Fally Ipupa, Tekno, Odumeje, Phyno, Biggie Igba, Beenie Man, Waga G & Larry Gaga. It has Odumeje – The Liquid Metal as guest act (STREAM ALBUM HERE). This came in after a long while off the music scene and the last music effort he had with singer Chidinma on their joint EP – 40Yrs.

Umuigbo a call for unity amongst all igbo people world wide opens up by telling you wherever you go to and you don’t find an igbo man, run away from there. The song praises the industrious nature of the igbo people from the Aba market traders and their creativity to Innosons group, Abakaliki Rice. Flavour takes the opportunity to address the issue of the ibo people’s dying language, division amongst the people and IPOB. Even if you do not understand the language spoken, you will be swayed by the beat and dance along joyfully

Follow Flavour as he travels through numerous historical sites in the Eastern part of Nigeria. Flavour makes stops in Abia, Anambra, Enugu, Ebonyi and Imo states and pays homage to many important Igbo figures.

The song video was shot and directed by Angry Bird, Watch and Enjoy!