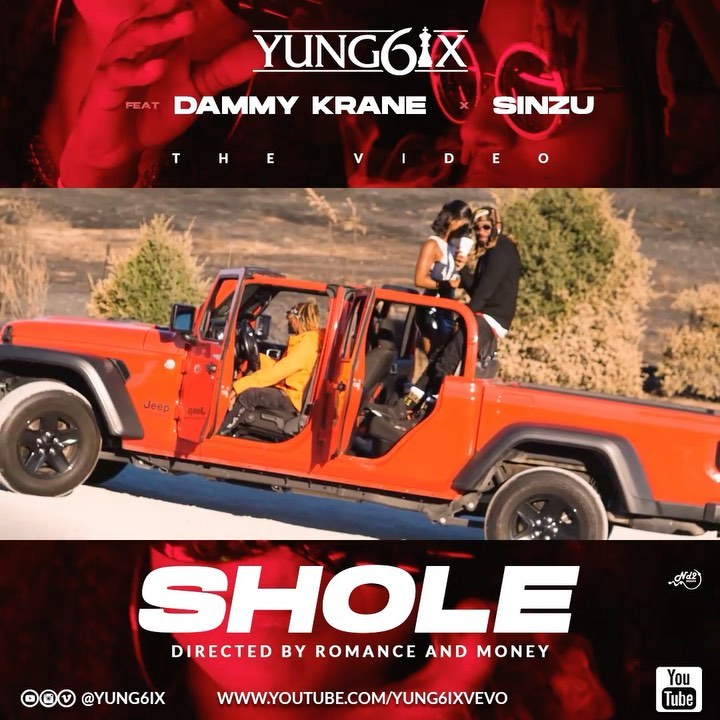 Billionaires Circle Worldwide presents the official music for ‘Shole‘ performed by Yung6ix alongside Sinzu and Dammy Krane. The track SHOLE is taken off Yung6ix’s 2020 body of work, music project –  Introduction To Trapfro.

Nigerian Hip Hop royalty – Yung6ix has always been in the forefront of anything trendy around the African rap scene since he came through the ranks. To further help push the envelope, the rapper serves his latest effort christened “Introduction To TrapFro” as the title suggests, the full-length heralds the emergence of a new sub-genre which is a fusion of Trap and Afrobeats. With guest appearances from Sinzu, Peruzzi, Dammy Krane and noticeably fellow south-south rapper – Erriga, 6ix delivered another worthy body of work which serves as his third studio album. GET HERE

Today 8th January, 2021 Yung6ix comes through with the music video for his Sinuz and Dammy Krane featured track – Shole. The record produced by Onome Onokohwomo, Aruwei Diseye, Babalola Falemi & Oyindamola Johns talks about impressing ladies with success, flashy lifestyle and spraying cash/money on women/bad bitches that can shake their booty and turn a guy on.

This video you about to watch below is a production in Association with Romance and Money ‘Shola’ and music video producer HG2Filmworks…. Enjoy!!!